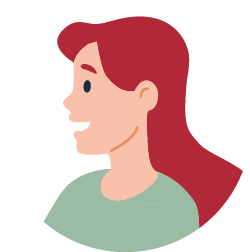 When someone repairs something, they are not just doing themselves a favor. If you think about it, they are really doing the world as a whole a favor. When you repair something, you prevent it from becoming waste. And keeping waste out of landfills is good for everyone on this planet. The world could really use more people who repair and restore things. Or at least, it could use more people who understand the basics of repairing and restoring things. You're about to become one of those people, and all you need to do is read this blog. There are lots of helpful articles to be found here.

After being involved in a small fender-bender or backing into something, you may have found a small dent in your car's body. Because the damage seems minor, you may have decided to purchase a kit that claims to let you pull out the dent yourself.

However, you should think twice about attempting to remove the dent with a do-it-yourself (DIY) kit. Besides the risk of the method not working or even making the dent worse, there are a couple of reasons that the repair work should be handled by a professional with the proper tools and experience instead.

1.  Doing it Yourself Does Not Take into Consideration Damage Done to the Paint or Structure

One reason why you should forgo using a kit to repair your car's dent and instead have a professional do it is that using the kit does not address additional damage that may have been done. When using the kit, the only focus is to pull out the area of the body that was caved in.

However, when your car's body has been damaged, there is a good chance that the paint was also scratched or chipped. There is also the possibility that there may be structural damage underneath the dented area. A professional will know how to check the body's structural integrity as well as take steps to repair or repaint/reseal the damaged paint.

2.  Having a Professional Remove the Dent Makes It More Likely to Be Unseen When Finished

Another reason why having a professional deal with your car body's dent instead of doing it yourself is that using a kit may leave noticeable results. Even if you are successful in pulling out the dented area, there may still be edges or rough areas that will continue to mar the appearance of your car.

However, a professional can use methods that will not only remove the dent but make it appear as though it never happened. They also have access to paints that are color-matched to your car so that the body is left with a smooth, seamless finish.

When you attempt to remove a dent in your car's body by yourself, the damage will not only most likely still be noticeable, but there may also be rust and other structural damage that will not be addressed. These issues can create problems in the future. Instead of taking these risks, consider having a professional do the work for you. Contact a company that offers vehicle dent repair services near you to set up an appointment.